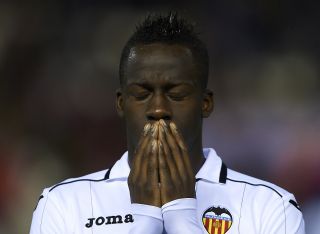 Cissokho, who completed his move to Anfield on loan from Valencia on Wednesday, was part of the Lyon side that beat Liverpool in the competition in 2009.

The full-back believes that Liverpool should look to feature in the tournament next season, having been absent since 2009-10.

"The Champions League is a competition that you dream of taking part in," the Frenchman told Liverpool's official website.

"I think that a club like Liverpool richly deserves to be involved in it because of the quality of its players and the atmosphere and quality of its stadium.

"Champions League nights at Liverpool are the kind of games that are really special for the players in any away team coming to Anfield, and that's why Liverpool very much deserve to be a part of that competition."

Cissokho, who has one international cap, helped Valencia reach the round of 16 in Europe's top-tier event last season following his move from Lyon.