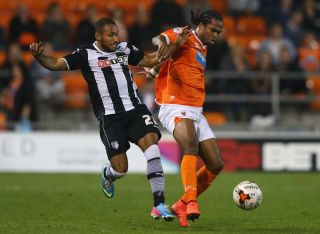 Ranger joined the Championship strugglers on a free transfer in August and has made 14 appearances for the Lancashire club in the second tier.

The 23-year-old has hit the headlines as a result of several off-field incidents during his career and Clark is the latest boss to encounter problems with the former Newcastle United man.

He told the Blackpool Gazette: "If anyone can let us know where he is, send me a letter and we will go from there.

"I don't know where he is, I haven't seen him for more than two weeks. He's been asked to report into training and has been asked to play in games and he hasn't been seen.

"For whatever reason Nile appears to be back in London but we don't know why.

"We’ve told him of the training schedule but he’s decided that's not in his plans.

"If he doesn't come in and train with your football club then you won't get picked."

Blackpool, who are 10 points from safety, face a trip to Sheffield Wednesday on Friday.