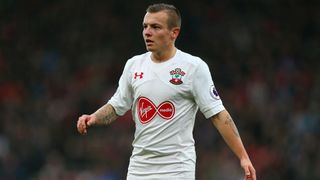 Jordy Clasie is thrilled to be back at Feyenoord, where he will spend the 2018-19 campaign on loan from Southampton.

But after just 32 Premier League starts across his first two seasons, Clasie was loaned to Club Brugge in 2017-18, and has been deemed surplus to requirements once more by manager Mark Hughes, who was appointed on a full-time basis in May after steering the club away from relegation.

"It feels great to be back again," Clasie told Feyenoord's official website, having started out with the club's academy in 2000 before making his first-team debut in 2011.

"Everyone knows how much this club means to me. I am of course always following Feyenoord and I still know a lot of the guys.