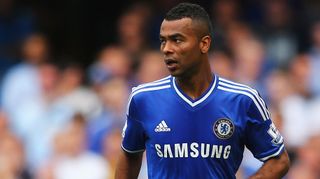 The 32-year-old's deal with Jose Mourinho's side is due to expire at the end of the season.

"I signed an extension at the start of the year and so have this year left and it will be up at the end of the season," Cole told The London Evening Standard.

"I hope to stay for longer. I have had a great time here, a great career here and, of course, I’d love to stay if they still want me.

"There is going to be a time when they will have to replace me.

"I have Ryan (Bertrand) in my place and one day I’m going to want to watch him play, so the time will come when I do finish my career."

The Portuguese brought Cole to the club in 2006 and the left-back believes they are well-placed for success under him.

Cole added: "He's come back to the club where he did a fantastic job winning two titles.

"He's a fighter and a winner and he wants to go into every game and win, just like us players."