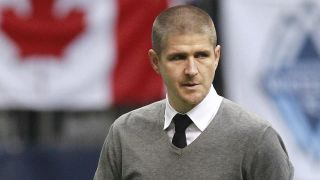 The Vancouver Whitecaps piled more misery on the struggling Colorado Rapids with a 1-0 win in MLS on Friday.

An 84th-minute goal from substitute Brek Shea was the match-winner as the Whitecaps secured a hard-fought win at Dick's Sporting Goods Park.

The result lifted Carl Robinson's Vancouver into fifth in the Western Conference, which Colorado – who finished with 10 men – are bottom of.

The Rapids have now suffered five consecutive losses and are without a goal in three games.

Colorado almost opened the scoring early in the second half, but Whitecaps goalkeeper David Ousted made a stunning diving save to keep the ball out.

The Whitecaps would capitalise with six minutes remaining through Shea, who completed a counter-attack by the visitors.

He was released by Nicolas Mezquida before making no mistake with the finish in a one-on-one with Tim Howard.

Making matters worse for the Rapids, Mekeil Williams picked up a second yellow card in the closing stages.