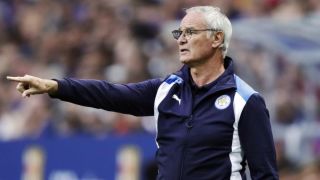 Claudio Ranieri insists both Leicester City and Manchester United will not be treating the Community Shield as a friendly when they do battle at Wembley on Sunday.

The Premier League champions have no injury concerns ahead of the game against a revamped United side managed in a competitive game by Jose Mourinho for the first time.

Ranieri claims he has already forgotten about the 2015-16 season and is ambitious for the upcoming campaign, even though he is aware of the difficulties Leicester could encounter against top opposition.

"This is not a friendly," Ranieri said at his pre-match media conference.

"We will give the maximum and also Manchester United will too. The two teams want to win the Cup. It will be a true, true match.

"I expect a very strong and very well organised Manchester United team. Zlatan Ibrahimovic is a champion, he is a good player for United.

"My players have recovered very well and everybody is OK. Jamie Vardy trained very well on Friday and I'm very pleased.

"I will think about the first XI for the game on Saturday. Then I watch the match and see how they respond to choose for Hull."

"I forgot what happened last season. Now my focus is on the new season. We are ambitious but know it will be very hard.

"We have lots of respect for everybody, but we want to beat everybody. We try our best every match and we give our maximum."

Ranieri is excited about the prospect of managing team at Wembley for the first time.

He continued: "All managers and players want to play at Wembley – it is one of the most famous stadiums in the world.

"When Chelsea played in the FA Cup final against Arsenal it was in Cardiff when the stadium was being re-built."