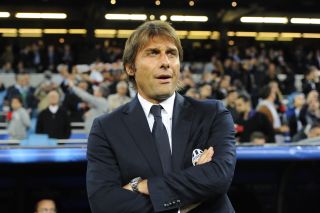 Mirko Vucinic and Fabio Quagliarella are both out with thigh problems, and Conte believes their absences have had an impact on the team.

"Unfortunately Giovinco's still got a problem that he picked up against Milan and needs painkillers before every game," the Italian said.

"We also hope to have Quagliarella back as soon as possible, unfortunately injuries have left us a bit short in attack."

The reigning champions go into their game with Genoa having lost just once in Serie A so far, but are five points adrift of leaders Roma after last Sunday's 4-2 defeat to Fiorentina.

Juve have also picked up only two points in their UEFA Champions League group following a 2-1 loss at Real Madrid in midweek.

But Conte feels the Turin club have deserved better in their last two outings, and is hopeful that they can recapture their form against Gian Piero Gasperini's men.

"It will be difficult to win a third consecutive Scudetto and everyone at the club needs to work hard.

"In two years the team has won almost everything it has been in for and subsequently regained its international appeal.

"However, what happened in the past no longer counts. We must keep driving forward if we want to repeat our successes."