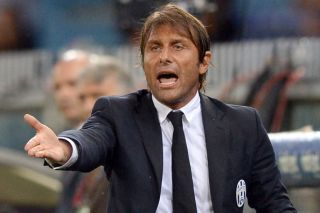 The two sides will meet again in the Italian league on Saturday, less than two weeks after Juventus thumped Lazio 4-0 in the traditional season-opener in Rome.

Juventus scored three goals in five second-half minutes to destroy Lazio in the Supercoppa Italia but Conte believes there is 'no gap' between the two teams.

"As I said after the Supercoppa game, the result didn't mirror the gap between the two teams, there isn't a gap and I'm expecting a very tough game," Juventus' head coach said on Friday.

"We know very well that the game two weeks ago against Lazio was for the Supercoppa and we won it and we're very happy about that.

"Having said that, the chapter is over.

"Tomorrow's game will be different, from any point of view."

The Serie A champions have been boosted with a number of key additions since the 2012/13 season, including ex-Manchester City striker Carlos Tevez, fellow attacker Fernando Llorente from Athletic Bilbao, plus defenders Federico Peluso from Atalanta and Angelo Ogbonna from Torino.

But with Alessandro Matri (AC Milan), Emmanuele Giaccherini (Sunderland) and Felipe Melo (Galatasaray) leaving Juventus, Conte has questioned whether his squad has in fact been strengthened.

"That's the situation, we're currently experiencing and I have unwillingly accepted that some players are going away," Conte said.

"I'm puzzled if you keep saying that we got stronger, even when we are losing such important players.

"Losing Matri and Giaccherini we lost strength, because they were two important elements who were essential for the victories we gained in the last two seasons."