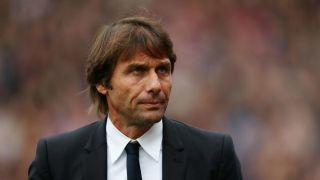 Antonio Conte does not understand continual speculation over his position at Chelsea and remains adamant he will see out the remainder of his contract at Stamford Bridge.

The Italian led Chelsea to the Premier League crown in his first year in charge but has cut an unhappy figure for most of 2017-18, with suggestions he is not satisfied with the club's transfer policy adding to an underwhelming title defence.

This has inevitably led to suggestions he will leave Chelsea at the end of the season, 12 months before his deal expires - either of his own accord or following the sack, but Conte insists that is not the case.

Speaking ahead of Monday's trip to Watford, he said: "I don't know why [there is so much speculation].

"My intention, my will is to respect my contract. From the start of the season there has been a lot of speculation, rumours. The only thing I know is that I still have 18 months left on my contract and my will is to stay here and continue my work. I don't see a problem with this."

Conte says his desire is to respect the 18 months left on his Chelsea contract and continue his work here, despite speculation over the Italy national team job.February 2, 2018

The subject of Conte's future has been brought up again in the last 24 hours when it emerged FIGC vice-commissioner Alessandro Costacurta said he intended to speak to his former international team-mate with regards the vacant Italy job - a position Conte held before moving to England.

However, after stating he has no plans to speak to the FIGC, Conte added: "I can tell you Costacurta is a friend, we played together with the national team in 1994. But maybe he forgot that I still have 18 months left on my contract with Chelsea."

Despite his appearance suggesting the contrary, the former Juventus boss claimed he liked the pressure.

"It doesn't affect me. This season, it has always been the same, a lot of pressure around me and I don't understand why," he said.

Conte remains confident in his own ability, however.

"As you know very well, I trust in my work. This is the only thing I trust, my work, in my work," he said.

"This is the only way that brought me to be one of the best coaches, the best managers. I trust only my work. I don't trust in anything else."