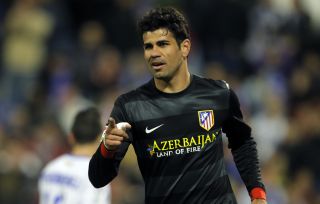 The Brazil international's new deal will keep him at the Vicente Calderon until 2018, and he is determined to help the club to more silverware after last season's Copa del Rey success.

Costa had been targeted by Liverpool manager Brendan Rodgers as a potential recruit ahead of the new campaign, but any hpes the Premier League club had of signing him are now gone.

The 24-year-old was an integral part of Diego Simeone's side last season, and he admitted he was pleased to have extended his time with Atletico.

"I am delighted with this agreement after fighting a long time to win the respect and affection of the fans, the peers and people in the club's a very special moment, I am very happy here," he told the club's official website.

"I thank the club for making me this offer to spend much time here and hope to become a much bigger player and conquer all the objectives that have the equipment."