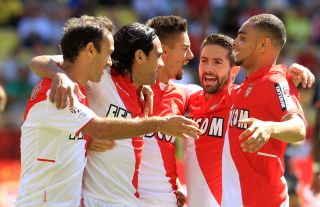 Claudio Ranieri's side have made an unbeaten start to their Ligue 1 campaign, extending that run with a 2-1 against Lyon on Sunday, and they will look to take that form into the cup fixture at the Stade Auguste-Delaune.

They will be keen to improve on last year's performance in the competition, when they suffered a 2-1 home defeat to Troyes in the round of 16, as they go in search of a second trophy success in the tournament, having defeated Sochaux 4-1 in the 2003 final.

Elsewhere in the last 16, Montpellier - who finished runners-up to Marseille in 2011 - face a visit to Ligue 1 strugglers Sochaux.

Jean Fernandez's charges enjoyed a run to the semi-finals last season, but they were denied a place in the final courtesy of a 2-0 defeat away to Rennes.

Wednesday also sees an all-Ligue 1 encounter between Guingamp and Evian at the Stade du Roudourou.

Lille have enjoyed a superb start to their league campaign, taking 23 points from 11 games.

However, Rene Girard's side face a potential banana skin in Tuesday's tie against second-tier side Auxerre, who have seen off Brest and Caen to reach round three.

Top-tier teams Valenciennes and Rennes will also welcome Ligue 2 opposition in the shape of Troyes and Nancy respectively, while Toulouse travel to the Stade Dominique Duvauchelle for their showdown with Creteil.

There is at least one side from outside the top level of French football guaranteed to be involved in the next round, as Ligue 2's Tours play host to Amiens of the Championnat National.

Nantes occupy fourth spot in Ligue 1, but they will look for a swift response from their 1-0 defeat to Lille on Friday, which ended their four-match winning streak in the league, when they face a home tie with Lorient.

Meanwhile, Bastia will have to overcome strugglers Ajaccio if they are reach the next round.