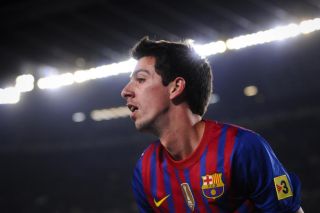 The 23-year-old made the switch to the newly promoted La Liga side after being released by the Camp Nou outfit last week, having been limited to just five appearances over the past two seasons - all on loan at Ajax.

And, following an injury-plagued spell with the Catalan giants, Cuenca welcomed the chance to get some first-team action under his belt.

"Deportivo is a great team and they're in the Primera," Cuenca said.

"They can offer minutes. It wasn't a hard decision [to sign].

"Depor is a team that plays well, has a very nice stadium and plays in front of a large crowd. I think I'll fit in well."