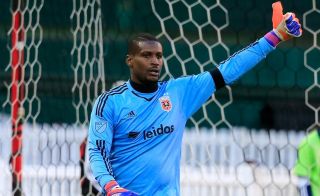 One of the best goalkeepers in MLS, Hamid was nominated for the Allstate Goalkeeper of the year Award, finishing third behind winner Luis Robles and runner-up David Ousted. Hamid’s chances were damaged by knee and hand issues that limited him to 25 games in the 2015 season.

The injury leaves United with Andrew Dykstra and Travis Worra as the only two keepers on the DC United roster. The 30-year-old Dykstra was re-signed in January and was the team’s primary starter when Hamid missed time in 2015.

Worra started just one game for United and 11 for the Richmond Kickers of the USL.

DC United starts its season with CONCACAF Champions League play with a quarterfinal tie against Querétaro, with the first leg on Feb. 23.