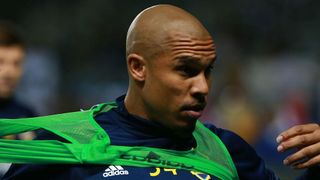 Mainz have completed a move for Nigel de Jong after the 81-time Netherlands midfielder opted to call time on his stay at Galatasaray.

The 33-year-old was released from his deal with the Turkish club by mutual consent on Friday, with his switch to the Bundesliga confirmed soon after.

Mainz sit 15th in the table and two points clear of the bottom three at the halfway point of the season but De Jong, formerly of Ajax, Manchester City and AC Milan, is relishing a new challenge after signing until the end of the campaign.

"I like Mainz's story, the club has established itself in the Bundesliga off its own back," De Jong, who had a spell in Germany with Hamburg, told the club's official website.

"I want to help the team and the club achieve its aims this season. I'm really pleased to be back in the Bundesliga, one of Europe's top leagues."