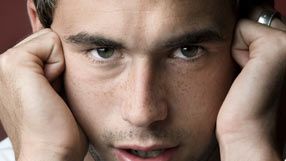 The Belgian playmaker is being highly coveted around Europe, after recovering from a serious ankle injury that ruled out the 22-year-old for most of 2010.

And after receiving a special letter of encouragement from Old Trafford supremo Sir Alex Ferguson during his rehabilitation, Paul Stefani, who represents Defour, claims that any deal to join the Red Devils in January is way off the mark.

"An imminent agreement with Manchester United? I can confirm that there are informal contacts with Italian, English, French, German and Spanish clubs, but nothing that suggests an imminent closure in a negotiation," he told Calciomercato.it.

"Still there's not anything concrete, so I cannot make names. I confirm that the player is followed by some big clubs.

"A departure in January? It's too early to tell about that, this depends on many things."

Last month, Defour appeared to issue a come-and-me plea to Manchester United, after rediscovering the fitness and form that made him one of the most sought after prospects on the continent.

"I know that Manchester United are closely monitoring my situation. There hasn't been any official contact yet though.

"I've been sidelined for quite a while due to injury, but I'm playing at a high level again. The chance that I'll leave the club is rather big if I continue to play like I currently do."

Ferguson is thought to be eyeing the Belgian international as a potential successor to United legend Paul Scholes, who is being widely tipped to retire at the end of the season.

But after being knocked back in their advances for number one target Wesley Sneijder, Ferguson knows he will have to make his move for Defour soon, if he is to keep him from the clutches of rivals clubs.