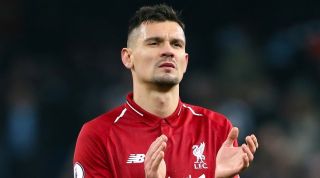 Milan officials have held talks with Dejan Lovren's representatives ahead of a possible transfer, write the Daily Mirror.

The Liverpool centre-back slipped down the pecking order at Anfield last term, losing his starting spot to Joe Gomez and Joel Matip at different points of the season.

Lovren played only 18 times in all competitions, although he did end the campaign with a Champions League winner's medal.

However, a quest for more regular football could see the former Southampton stopper move to San Siro.

Milan narrowly missed out on a top-four finish in Serie A last season and are attempting to build a squad capable of taking the club back into the Champions League.

And with Lovren's contract set to expire in two years, Liverpool may be tempted to cash in this summer.

5 things I want to see at Liverpool this summer