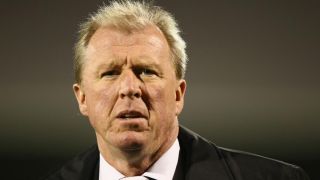 McClaren is among a shortlist of targets for relegation-threatened QPR after Redknapp sensationally quit on Tuesday due to an imminent knee operation.

The former England boss has also been linked with a move to Newcastle United but the 53-year-old is focused on Derby's promotion bid.

"Shall we move on? Good try. I answered that speculation a few weeks ago, and it is the same answer now. Nothing changes. We laugh it off and move on quick," McClaren said on Thursday.

"So let's focus and concentrate on the job in hand which is trying to get Derby County into the Premier League."

McClaren's Derby are second in the Championship, level on points with leaders Bournemouth after 28 matches.