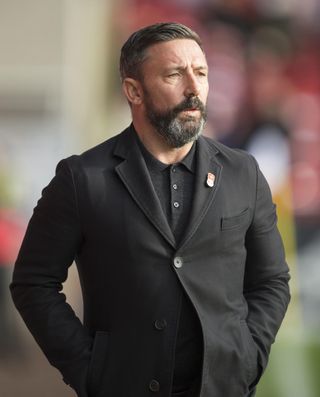 The 22-year-old has joined from Norwegian side Stabaek on a four-and-a-half-year contract after Aberdeen paid out an undisclosed fee.

McInnes and his recruitment team had been monitoring the player and were helped by their MLS partner club in making inroads with his representatives.

“He first came to our attention about six months ago and we have just kept tabs on him,” McInnes told his club’s website.

“One of the leagues that the recruitment team have been concentrating on is the Norwegian league and we thought it was going to be a challenge to get him out of there.

“It shows you where we are with our collaboration with Atlanta at the minute. Once we were speaking with their recruitment team it was a player who they were aware of and had flagged up on their system.

“Jointly we got to know him a bit better. Atlanta have several Venezuelan players and contacts and that allowed us to make inroads into the possibility of bringing him to Aberdeen.

“These conversations have been ongoing for a while. It got to the very end of the window to secure it.

“Like everything it is not always straightforward and easy. You have got a club to deal with, an agent to deal with and a player to deal with.”

Hernandez could make his Ladbrokes Premiership debut against Rangers at Ibrox on Saturday.

“He has got 15 caps for Venezuela,” McInnes said. “Albeit a lot of them are friendlies, they have been playing a lot of friendly games. He has played against the likes of Argentina with Messi and their stars and Columbia. He has equipped himself well.

“He is a young player, but he has done enough over the last couple of seasons to suggest that he is going the right way and it is a great coup for us to bring him here.

“He is an attacking full-back. He can play as a wing-back – he plays like a winger in the opposition half. Fans will like him, he is comfortable in possession, he has a good bit of speed about him. He is an exciting player and I am sure he will fit in well here.”