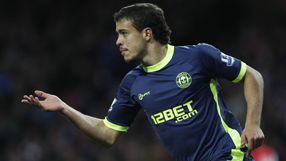 The 23-year-old former Chelsea and Blackburn Rovers forward, who has played for his country at under-20 level, has been in fine form this season scoring three Premier League goals.

Di Santo and recalled Newcastle United defender Fabricio Coloccini, a veteran of the 2006 World Cup, were included in a 23-man squad named by coach Alejandro Sabella for the November 14 match in Riyadh.

There was a first call to the full national squad for Celta Vigo midfielder Augusto Fernandez, who won two caps last year against Brazil in friendlies between sides picked from the countries' domestic leagues only.

Captain Lionel Messi could miss the match if his first son, due any day, is not born until close to that date, local media reported.