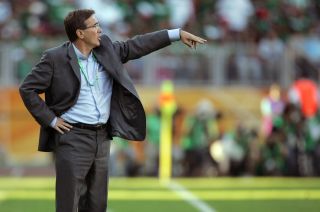 Zagreb are second in Croatia's top flight but sit bottom in Group B of the UEFA Europa League after losing to Chornomorets and Ludogorets.

Ivankovic was in his third spell with the club, after taking charge in September, but will be replaced by sporting director Zoran Mamic with the help of two assistant coaches.

A statement on the club's website read: "Zoran Mamic will be in charge of the team until the winter break, with assistants Damir Krznar and Igor Cvitanovic."

Dinamo - who are the reigning champions of Croatia - have struggled since Ivankovic took charge, losing four of eight matches in all competitions.

His brief tenure at the club came to an end following Saturday's 1-0 defeat at Split.