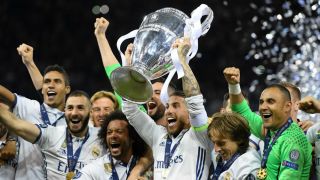 The Champions League's quota for direct group-stage qualification has been increased from 22 to 26 teams, while UEFA also announced changes to kick-off times.

Although the format of the competition remains the same from the group stage onwards, UEFA has revealed a number of alterations will come into effect at the start of next season for both the Champions League and Europa League.

Chief among those changes for the Champions League is the increase in teams going straight into the group stage, with the allocation increasing by four.

The Europa League will see a similar change, with 17 clubs now going directly into the group phase, plus another 10 dropping into the competition from the Champions League play-offs and third qualifying round.

There is also set to be a preliminary round introduced at the start of Champions League qualification, with four teams entering in a mini knockout tournament, from which one club shall emerge and then be joined by another 33 sides in the first round of qualifiers.

EXPLAINED: How the new-look and will work next seasonFebruary 27, 2018

And UEFA confirmed kick-off times for group games in both competitions are set to be staggered.