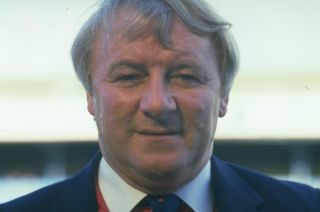 At the end of the 2012-13 campaign, United lifted their 20th league title in Alex Ferguson's final season in charge.

The appointment of David Moyes did not work out as everyone at Old Trafford had hoped and the former Everton boss departed the club with four league games of 2013-14 remaining.

Louis van Gaal is now at the helm and, after a shaky start, has guided the side to six wins and a draw from their past seven league outings.

That run began to spark talk in some quarters that United could be challenging Chelsea and local rivals Manchester City come May, but Docherty does not agree.

"No they won't win the championship, not this year, no," the Scot, who managed the club to FA Cup success in 1977, told Perform.

"Maybe next year. They're getting the players and they've got the money to go into the market for anyone they desire.

"They'll be strong contenders next year I would say, along with Chelsea.

"They'll do well if they get into the top four and the Champions League, they'll have done very well.

"When you're at Manchester United if you don't finish in the top four it's a bad season.

"They should be with the money they've spent, they've spent an absolute fortune it's a licence to print money.

"If they don't get in the top four it'll be a very, very bad season for them. They've got to get into the top four."