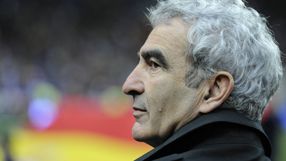 On May 18, seven days after Domenech names his 23-man squad for the June 11-July 11 finals in South Africa, France will start a week-long training in the French Alps resort of Tignes.

"It is clear that a player who will not be in a position to play by May 18 will not come to the World Cup," Domenech told French sports daily L'Equipe.

"I will not ask them to have played matches, only to be able to play and prepare."

That notably means central defender William Gallas, who pulled a calf muscle in Arsenal's 2-2 home draw with Barcelona in the first leg of their Champions League quarter-final on Wednesday, faces a struggle to be fit on time.

Arsenal manager Arsene Wenger said Gallas's season was over but he thought the player would be ready for the World Cup.

What Domenech wants to avoid is a repeat of what happened at Euro 2008, when France captain Patrick Vieira was in the squad but could not play because of a thigh muscle injury. France failed to survive the group stage.

The World Cup finals in South Africa begin on June 11.

NEWS:Wenger - Gallas out for rest of season