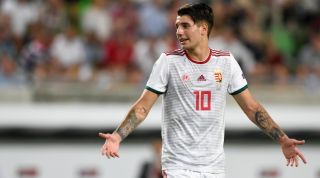 According to a report by Football Insider, Szoboszlai has been tracked by the Gunners for some time.

Arsenal, however, aren't alone in their pursuit, with Borussia Dortmund and Juventus also interested in the 18-year-old.

Szoboszlai is regarded as one of Europe's top emerging talents having made his mark for club and country over the past year.

As well as being his breakthrough season for the champions of the Austrian Bundesliga, he gained four caps for the Hungarian national team.

It's thought that RB Salzburg would rather hold on to Szoboszlai until at least January, as they have Champions League qualification to contend with first.

However, it's undertsood that RB Salzburg would let the starlet leave if their £9m valuation is met.