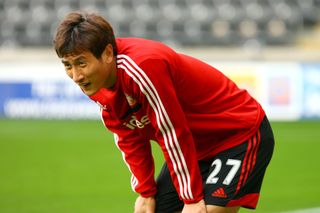 The South Korean's disappointing spell at Premier League Sunderland came to an end when he sealed a return to Germany with Augsburg, where he spent time on loan last term.

Dortmund have now confirmed Ji will move to Signal Iduna Park when his deal with Augsburg expires, completing a sensational 24 hours for the forward.

The 22-year-old has signed a four-year contract, with the news announced on Dortmund's official website.

"Dong-Won Ji is a professional who is used on the offensive in several positions," said sporting director Michael Zorc.

"We are pleased to be able to undertake this talented player (on a) free transfer to the new season."