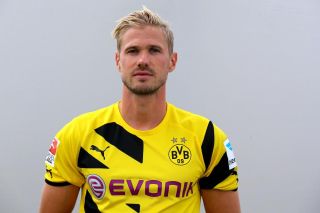 Jurgen Klopp's men suffered a nightmare with injuries during 2013-14, with the likes of Neven Subotic, Ilkay Gundogan and Sven Bender among a list of many to miss large chunks of the campaign.

Marco Reus made his return to the side in the DFB Pokal on Saturday after an ankle problem sustained in the lead-up to the World Cup, but the club were dealt a further blow on Wednesday with the news that Kirch and Ji are facing a spell on the sidelines.

The injury to Kirch is thought to be more serious and could see him miss up to two months, while Ji's ailment could see the South Korea international out of action for four weeks.

"Borussia Dortmund will have to do without the services of Oliver Kirch and Ji Dong-won over the next few weeks," a statement on Dortmund's official website read.

"Both midfielders picked up thigh injuries in training on Tuesday afternoon.

"Tests made by club doctor Markus Braun at Dortmund's Knappschaft hospital revealed that Oliver Kirch has suffered a torn thigh muscle.  He is expected to be out of action for up to eight weeks.

"Ji Dong-won has sustained a tear in his left hamstring, according to Dr. Braun. He is expected to be out for four weeks."