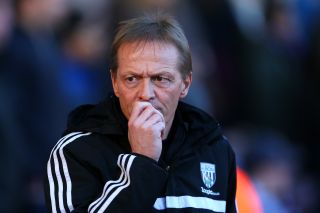 Caretaker manager Downing made eight changes from his side's 1-0 victory over Newcastle United on New Year's Day, and West Brom struggled to break Palace down, despite having the better chances in the second half.

Dwight Gayle put the visitors ahead midway through the first half at the Hawthorns, before substitute Marouane Chamakh sealed Palace's progress in stoppage time.

"It's a competition we wanted to progress in and today was disappointing," said Downing. "We were a little short of how we have been in the last four games.

"We conceded a poor goal. Tony Pulis' sides are always difficult to break down and giving them a goal meant that our task was doubly tough.

"We kept going but without creating too much.

"Credit to Palace, they were resolute in their defending."