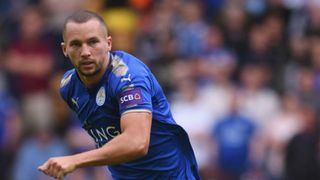 Drinkwater, who was instrumental to Leicester's remarkable title triumph in 2015-16, signed a five-year deal at Stamford Bridge, completing a reported £30million move.

The 27-year-old joins Antonio Conte's side having made 218 appearances for Leicester across all competitions, scoring 14 goals after signing for the club from Manchester United in 2012.

"I'm delighted to be a Chelsea player and can't wait to get started," Drinkwater said.

"It has been a long journey to get here but I am very happy and am looking forward to helping the club win more trophies."

Drinkwater, who reportedly handed in a transfer request to force a move, could be in line for an immediate return to the King Power Stadium, with Leicester hosting Chelsea on September 9.