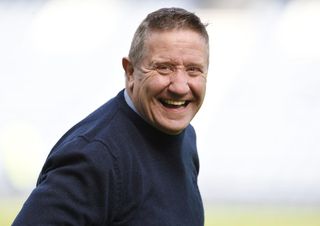 Dundee have confirmed they have approached several managerial candidates after being linked with a move for Inverness boss John Robertson.

Caley Thistle reportedly denied Dundee permission to speak to the former Hearts striker and manager, but the relegated club are determined to pursue all avenues to succeed Jim McIntyre with their favoured candidates.

A club statement read: “We have been inundated with applications since the role became available and in the past week have narrowed down our list of potential targets for the first round of interviews which will take place this week.

“Some of the candidates are currently employed by other clubs and we requested permission to speak to them as part of the initial process.

“The overall process is ongoing and we are striving to have the best man in place in the very near future.”

Robertson led Inverness to the semi-finals of both the William Hill Scottish Cup and Ladbrokes Premiership play-offs this season.