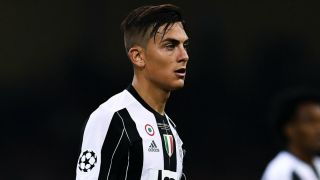 Barcelona have no plans to make a bid for Juventus star Paulo Dybala when the transfer window reopens, insists president Josep Maria Bartomeu.

With Neymar having completed a world-record transfer to Paris Saint-Germain, the Camp Nou club have been linked with a move for Argentina international Dybala.

The 23-year-old forward has impressed since joining the Bianconeri from Palermo in 2015, winning Serie A twice and helping Juve to reach the final of the Champions League last term.

But Bartomeu, who has come in for criticism following what was perceived to be a poor window for the club, claims his own admiration for Dybala will not lead to a move for his services.

"How do I look at Dybala? He's a great player, but we're happy with the team we have," he told Tuttosport.

"He's also a Juve player, and we have great respect for the Bianconeri and their president, Andrea Agnelli."

Juve and Barca meet in Spain next Tuesday in the opening match of their respective Champions League campaigns.