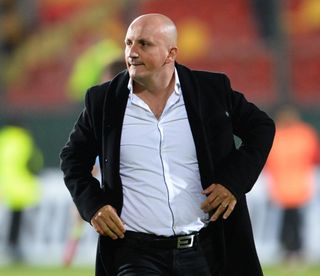 Pablo Repetto's Independiente del Valle gave up a lead in a 1-1 draw at home to eighth-placed LDU Loja.

Richard Porta capitalised on poor defending to drill in a 21st-minute opener from inside the area for the hosts.

Lenin Infante fired in an impressive equaliser six minutes before the break, powering an effort into the roof of the net from just outside the area.

The draw was enough to keep Independiente del Valle on top and they have a game in hand on Barcelona, who moved level on points.

Ely Esterilla headed in a 63rd-minute corner to give Barcelona a 1-0 victory at bottom side Olmedo.

LDU Quito missed out on a fourth straight win as Miller Castillo inspired Manta, who came from behind to draw 3-3.

Castillo's good finish from an angle put Manta ahead, but they were 3-1 down before the hour-mark.

Holger Matamoros levelled for the visitors, Diego Morales curled in a free-kick and bad goalkeeping allowed Juan Anangono to strike.

But Castillo pulled a goal back and then struck from the penalty spot in the 77th minute.

Juan Marcarie's stunning 30-yard opener was cancelled out by Hugo Bargas' smart finish midway through the first half.

Andres Lopez headed in the winner in the 79th minute.

Emelec claimed a 2-1 victory over Universidad Catolica, and El Nacional and Deportivo Quito played out a 0-0 draw.