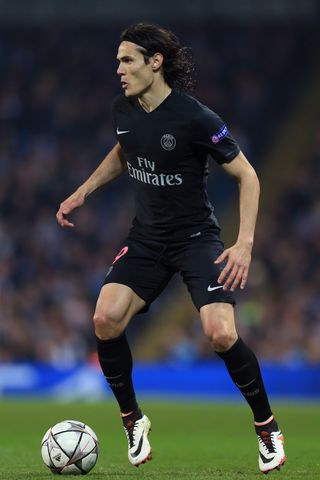 Cavani, a free deadline-day signing following his departure from Paris St Germain in June, went into self-isolation for a 14-day period when arriving from France on Sunday.

United’s first game back after the international break is at Newcastle in the Premier League on Saturday, October 17 and boss Ole Gunnar Solskjaer is expected to be without Cavani and the suspended Anthony Martial.

📈 The stats that show just how 𝐥𝐞𝐭𝐡𝐚𝐥 @ECavaniOfficial can be in front of goal ⚽#MUFC— Manchester United (@ManUtd) October 6, 2020

Cavani will be unable to train with his new team-mates until the week beginning October 19.

That may mean he will also be unavailable for United’s opening Champions League game in Paris against the 33-year-old’s former club.

Cavani signed a 12-month deal, with the option to extend for a further year, at Old Trafford on Monday.

Solskjaer and United fans will be desperate for the Uruguay international to hit the ground running to help the club quickly move on from their horror show against Spurs.

Cavani has scored 341 goals in 556 matches since moving to Europe in 2007 for Palermo, Napoli and PSG, for whom he scored a club-record 200 goals in 301 appearances.