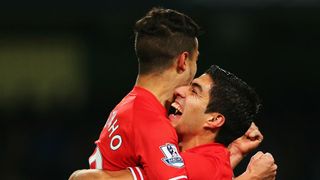 Luis Suarez says Barcelona have added another "elite" player to their squad in Philippe Coutinho.

Coutinho is set to complete his switch to Barca from Liverpool on Monday, the clubs having agreed a deal worth a reported £142million (€160m).

The Brazilian's departure from Anfield has echoes of Suarez's move to Barca from the Reds in 2014, Liverpool unable to keep their South American star from Camp Nou's lure.

Suarez scored against Levante on Sunday to go seventh on Barca's all-time goalscoring list and the Uruguay striker expects Coutinho to become a Barca star.

"As a former team-mate, as a friend, I'm very happy for him," Suarez is quoted by Marca.

"I think he's going to contribute a lot to the team.

"Everyone knows the quality that he has; he's been in the elite group of players for many years."