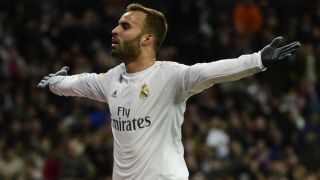 Jese, 23, has struggled to break in with the La Liga giants, with only seven of his 28 league appearances last season starts.

With the abundance of attacking talent at Madrid, the Spaniard has been linked with a move away from his boyhood club.

Emery said there was a chance for Jese to join PSG, who are looking for a forward after Zlatan Ibrahimovic's exit.

"It's a possibility, as others during this transfer window," he said.

"I know him well, the club also. He's a good player, it's a possibility."

Jese scored five league goals last season, but is competing with the likes of Cristiano Ronaldo, Gareth Bale and Karim Benzema for a starting spot.