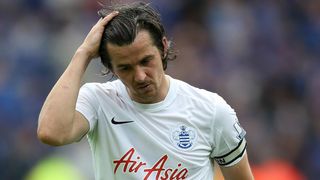 Joey Barton insists players and coaches are not to blame for England's failures at international tournaments following the nation's group stage exit from the European U21 Championships.

Gareth Southgate's side finished bottom of the group in Czech Republic, sparking renewed criticism of the state of English football.

Former QPR midfielder Barton said England will continue to under-perform at tournaments as a result a cultural problem.

"Everybody wants to blame it on something and it's not a case of that," he said on BBC Radio 5 Live. "It's not the players, it's not the coaching staff, it's not one thing, it's an accumulation of many things.

"The culture within English football is not changing - no St George's Park, no massive spend, no change of coach, this isn't going to change it.

"The culture is rotten from top to bottom. England's national team will under-perform at every single tournament because of this reason and that filters down."

Raheem Sterling, Jack Wilshere, Ross Barkley, Phil Jones and Alex Oxlade-Chamberlain were all eligible for the championships but not called up.

Barton added: "The FA should say to them 'if you don't make yourself eligible for an Under-21 campaign if you're selected, you won't be considered by the national team for however many years.

"We need to get in line, we need to get a passion restored in the badge of representing your country at any level."