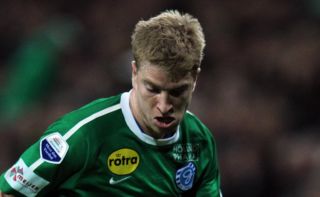 Eric Botteghin struck just after half-time for Groningen against the champions and Michael de Leeuw made the game safe in the closing stages as Ajax followed up last weekend's home reversal versus PSV by suffering another early setback to their title defence.

It was a similar story at the Philips Stadion in Eindhoven, where Luuk de Jong scored his first league goal for PSV.

Adam Maher opened his Eredivisie account for the season in stoppage time as PSV continue to set the pace at the top of the table.

Zwolle's 100 per cent record was ruined by a 3-1 defeat at NAC Breda, where Tomas Necid equalised for the visitors after Stipe Perica's opener.

But Erik Falkenburg struck from the penalty spot and substitute Elson Hooi settled any late nerves the home fans may have felt.

Twente and Feyenoord shared the spoils at De Grolsch Veste following a goalless stalemate that left both teams still in the bottom half of the table.