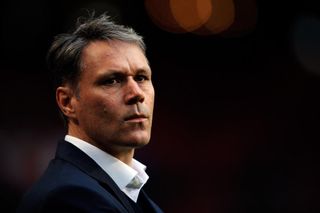 The newly promoted side returned to the top flight with back-to-back defeats but Ben Sahar made the most of Mattias Johansson's poor back pass to play in Bruno Andrade for a 14th-minute opener to kick-start their campaign.

Ali Messaoud doubled the hosts' advantage in the 30th minute after his initial effort had come back off the post and then substitute Charlton Vicento sealed the points five minutes from time to complete a miserable afternoon for Marco van Basten's men.

Elsewhere, Heerenveen left it late to see off 10-man Excelsior as Marten de Roon and Sam Larsson netted inside the last six minutes to secure a 2-0 victory.

It was a frustrating encounter for the home team until Excelsior goalkeeper Jordy Deckers felled Luciano Slagveer in the area and was sent off late on.

By that stage, Excelsior had used all three substitutes, which meant midfielder Kevin Vermuelen donned the gloves - only to be beaten by De Roon's spot kick and Larsson’s last-minute strike.

Elsewhere, Go Ahead Eagles were left still looking for their first win of the season following a lacklustre goalless draw with Dordrecht.