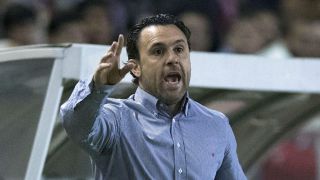 Levante missed the chance to move out of La Liga's bottom three as they were held to a 1-1 draw at Espanyol.

The visitors approached Monday's game having won just one of their last six league games.

But Levante made a fine start to proceedings, breaking the deadlock in the sixth minute courtesy of Colombian midfielder Jefferson Lerma.

However, Espanyol levelled 11 minutes into the second half, substitute striker Gerard Moreno netting his second goal of the season.

The draw moves Levante off the foot of the table and above Las Palmas. Espanyol are six points clear of the drop zone in 12th.