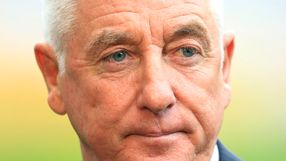 In spite of Manchester City’s explosive start to the campaign, Evans feels that it is United’s dominant finish to the season that will see them crowned champions.

A player who made nine appearances for the Anfield-based club, Evans said: "They go into a different mode and a different mentality in the second half of the season."

This is backed up by the fact that the reigning champions have picked up 27 points out of a possible 30.

While admitting that it is not one of the greatest teams Sir Alex Ferguson has produced, he pinpoints the presence of players with the experience of winning titles as a crucial factor in them edging ahead of rivals City.

"Even if it is not the strongest squad they have ever had, they know what it takes to win and they would be worthy champions," Evans told Yahoo!

Commenting on the trend to quickly replace managers when results do not go their way, Evans, who managed Liverpool from 1994-98, feels that the boss unfairly takes the bulk of the brunt for poor player performances.

"Nowadays in football the players never seem to bear any responsibility when things go wrong, and it is always the manager who gets blamed," said Evans, who for a short period jointly managed the Reds with Gerard Houllier.

Backed by the successes of long-serving managers such as Ferguson, Arsene Wenger and David Moyes, Evans stressed: "You look at the most successful clubs, and they are the ones where the manager has been given time to get his feet under the table and do his job properly."

In a season that has seen both Chelsea and Wolverhampton Wanderers give their top men the boot, in addition to numerous sackings in the Football League, Evans criticised rich owners who demand immediate success.

The secret to success lies in sticking with your man and remaining loyal. From this, Evans claimed, clubs will reap the benefits.

"Owners need to show some patience, and realise you cannot simply buy success while changing the manager every season," said the man who was pushed into coaching by the legendary Bill Shankly.

This would appear an almost indirect attack at Roman Abramovich, who has discarded of many well-respected managers in recent times, including World Cup-winning Luiz Scolari and Champions League winner Carlo Ancelotti.

Sighting the most famous instance of loyalty between manager and club, Evans believes that clubs can learn a lot from the model of United, as Ferguson celebrates 25 years at the helm at Old Trafford.

Reportedly on the brink of the sack, fans even resorted to producing the now infamous banner branded 'three years of excuses and it’s still crap... ta-ra Fergie' in the 1989/90 season, as United closed the calendar year just above the drop zone.

More than 20 years on, with numerous trophies to his name, both domestic and European, United continue to dominate English football. It could have been so different had United decided enough was enough for the former Aberdeen striker.

"Everybody should keep in mind Alex Ferguson, who people thought was close to being sacked in 1990, and just look at what he has achieved because the club gave him time to get things right," Evans concluded.