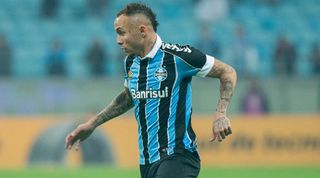 The Brazil international has been linked with a summer move to the Emirates after impressing for his country during their Copa America triumph.

Radio Grenal reports that Arsenal have advanced in negotiations for the 23-year-old and a club representative will be in Brazil later this week to conduct a medical with the player ahead of a move to north London.

The outlet believes that the medical examination shows a deal is close to being finalised.

Gremio have denied receiving any formal bids for Everton, although the player himself recently admitted: “At this moment I have an offer, but I can’t say the name of the club.”

The Brazilian side are said to be holding out for a fee of €80 million for the winger, who has a contract until 2022.