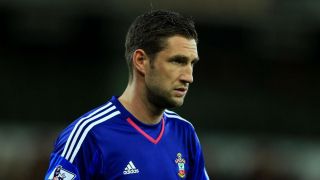 Everton have completed the signing of goalkeeper Maarten Stekelenburg on a three-year deal from Fulham.

The deal marks the third time the pair have linked up, with Koeman handing Stekelenburg his debut at Ajax in 2002.

He will now compete with Joel Robles for the starting berth between the posts after Tim Howard left Goodison Park.

"He [Koeman] has come to Everton and he called me a few days after asking if I was willing to follow him. It wasn't difficult to make that choice.

"He's one of the best coaches - he's straight talking, he's fair and he has confidence in me which counts as well.

"I've been here [in England] for a couple of seasons and I love the Premier League. It's fantastic that I can stay."

Koeman added: "Obviously I know Maarten well having worked with him at two clubs before.

"I know through his professionalism, hardworking approach and personality he will fit in well with what I will be building at Everton."