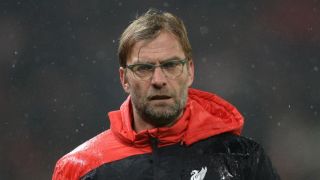 Place your best here with the promo code 888ODDS

Saturday marks the 10-year anniversary of Everton’s last victory over Liverpool in any competition. Twenty-two matches have been contested since the Toffees’ 2-0 victory over Roy Hodgson’s side on 17 October 2010, but none have been won by the team from the blue half of the city.

Everton will be quietly confident of ending that dismal run in this weekend’s Merseyside derby. Carlo Ancelotti’s side have had a magnificent start to the season, taking 12 points from a possible 12 to sit top of the early table.

Liverpool, for their part, are coming off the back of a 7-2 demolition by Aston Villa, one of the biggest shock results in Premier League history. They will be desperate to bounce back from that low but Everton will believe they are capable of causing their rivals’ defence plenty of problems.

Everton solved their main weakness in the summer transfer window, strengthening their midfield options with the signings of Allan and Abdoulaye Doucoure, and also adding a dash of stardust by recruiting James Rodriguez. All three have made their mark already, but Rodriguez has been a cut above and has the creativity and intelligence to give Liverpool plenty to think about on Saturday.

Dominic Calvert-Lewin will continue up front after his sensational start to the season, which has brought him six goals in four games to date. Seamus Coleman and Allan look to have shaken off knocks in time to feature, but Yerry Mina is touch and go after picking up a thigh injury.

Liverpool will fall six points adrift of first place if they’re beaten by their local rivals here, but the international break has been reasonably kind to Jurgen Klopp and co.

Sadio Mane and Thiago Alcantara are available for selection again after completing two weeks in self-isolation, although Naby Keita has tested positive for Covid-19 in recent days according to Guinean media reports.

Alisson Becker remains sidelined with a shoulder injury, so Klopp will persevere with Adrian between the sticks.

Kick-off is at 12.30pm BST and the game is being shown on BT Sport 1 in the UK. See below for watching details where you are.