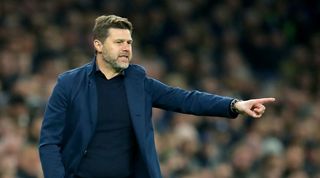 As Milan’s new CEO, Gazidis is responsible for deciding whether Gennaro Gattuso remains as manager. If he chooses to sack him, Pochettino is the top target, according to Corriere Dello Sport (Italian).

Gazidis knows Pochettino well from his time in Arsenal’s directors' box, and has grown to admire his former adversary.

Any deal to lure Pochettino away from Spurs would be extremely tricky and hugely expensive, but Milan’s new owners (the Elliot Group) have lofty ambitions and the financial power to back them up.

Gazidis’s own move from north London to Milan was surprising, especially considering he hired Arsenal’s new boss Unai Emery, but the pay hike he received was indicative of Milan's intentions about building their way back to the top.

The 5 most underrated Premier League managers of all time