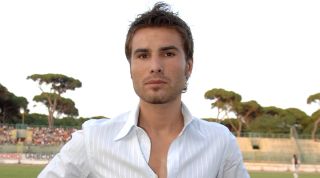 Adrian Mutu, who is currently the general manager of Dinamo Bucharest, has accused his former nanny of stealing money and goods from his house.

Mutu claims his mother saw the woman take items while the household was asleep, and that he has reported her to the police.

"She no longer works for me," grumbled the ex-striker. "It's true that we have not talked nice. On her day off, I saw her leave her purse, but she had some things hidden in hedges. When we went to her room, she had her bags packed to go.

"I don't know what was in them because I never got to see. I understand that her boyfriend told her to do certain things. Of course they have got nerve – they thought they could steal from my house.

"I've made a complaint to the police – I understand that this deal is part of a network. There are people from the Philippines who put them on the streets to steal for them."

The 38-year-old played for Chelsea for just over a year from 2003-04, but was banned for nine months for failing a drugs test after testing positive for cocaine at Stamford Bridge. He later turned out for a host of clubs including Juventus, Fiorentina, Ajaccio and Pune City.