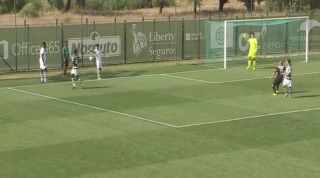 Sporting's B team lost 2-1 to Academica at the weekend, but were leading 1-0 until the 59th minute when substitute Budag Nasirov stepped in with what he thought was a harmless intervention.

After prostestations from Academica players, the referee agreed that the ball hadn't crossed the line so awarded a penalty. Azerbaijani Nasirov was booked as a result, and Rui Miguel converted for the visitors.

Miguel scored his second goal of the game in the 76th minute to secure all three points for the team sitting 11th in the Segunda Liga.

To make matters worse, Sporting's 'Scottish Messi' Ryan Gauld – who will reportedly leave the Portuguese club this summer – was sent off in the 89th minute.