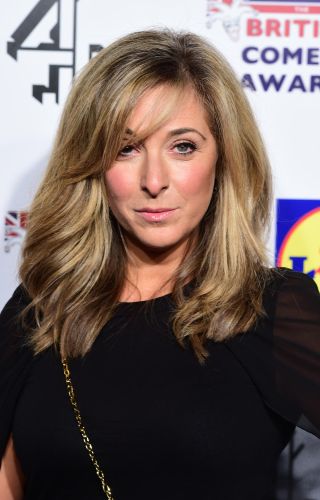 Chelsea and club owner Abramovich are supporting a new production of The Merchant of Venice, where Oberman will play a female Shylock in a bold reworking of the Shakespeare play.

Oberman was subjected to rape and death threats on social media two years ago, when first calling out anti-Semitism in the Labour party, and has taken a vocal stance against the discrimination ever since.

Now the Friday Night Dinner and Toast of London star has joined forces with Chelsea and Abramovich, for a Shakespearean reworking set in 1930s London that will become the latest initiative in the Blues’ long-running Say No To Anti-Semitism campaign.

“The leadership that Chelsea have shown on this is remarkable, and I hope that other football clubs will follow suit,” Oberman told the PA news agency.

“Chelsea’s work is amazing. This is a powerful club that really didn’t have to do anything at all, but are doing so, and are leading the way in smaller projects like mine and greater projects like adopting the IHRA. And that means everything.

“Because they act better than the politicians sometimes.

“To be able to use your platform and influence in a way that will have a lasting, positive legacy is incredible.

“I think Mr Abramovich is a very brave man, because he stood up when he didn’t have to and he’s used his influence in a very positive way.

“I’ve been on Twitter since 2009 and I’d never received a single negative tweet until I tweeted about anti-Semitism in Labour.

“I felt I didn’t have a choice but to put my head above the parapet. I looked at the Christchurch Mosque shooting, the two Synagogue attacks in America, and those people were all radicalised online. It takes voices that are brave enough to stand up and puncture people’s echo chamber with a counter narrative.

“But I was struck by how much of the abuse I received was so misogynistic. I couldn’t believe that as a woman in 2018, 2019, 2020, that I would ever have to justify my identity as a Jewish woman.

“So to hear that footballers from Chelsea have gone on the March of the Living and have been really moved by it, it’s incredibly humbling. We are the last generation that will ever hear testimonies from Holocaust survivors themselves.”

Oberman and director Brigid Larmour’s vision for this Shakespeare retelling revolves around The Battle of Cable Street in October 1936, where East End locals stood in solidarity with the Jewish community in standing up to a march by Oswald Mosley’s British Union of Fascists.

“Even at school I remember cringing when people laughed at Shylock,” said Oberman. Every time I’ve subsequently seen it there’s either been enormous pity for Shylock or great hatred, and I’m not sure which is worse.

“I thought it would be very interesting to reframe The Merchant of Venice with a female Shylock, to see how that would change the relationship with the daughter Jessica.

“My great-grandmother came from the East End, my grandparents and my grandmother were on the front line at Cable Street. These were the family stories that I grew up with.

“So I wanted to reframe Shylock in that, base it on these matriarchs that I knew in the East End.

“I would like to think that this reclaims the play, it reframes it in a very specific time. I hope it reignites the memory and the learning of the Battle of Cable Street, of a victorious moment for working class communities rising up against upper-class fascism.

“And I also hope the legacy will be that it will spark debate, and that hopefully the Battle of Cable Street will become an integral part of learning about the 1930s in Britain leading up to the Second World War.”