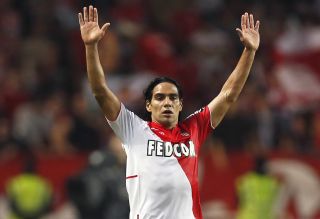 Colombia international Falcao made his comeback from a thigh injury as a substitute in the principality club's final Ligue 1 game before the mid-season break, a 2-1 home defeat to Valenciennes on December 20.

And Ranieri revealed on Saturday that the 27-year-old striker, who moved to Monaco from Atletico Madrid for a fee of around €60 million in July but has been linked with another transfer this month, is ready to face their third-tier opponents.

"Falcao is going to be in the line-up," said the Italian.

"He's 100 per cent ready, but I am not sure that he will play the entire game. But for sure, he will start it.

"It's very good news because he's a key player for us."

Ranieri went on to insist he will not make wholesale changes at the Stade de la Rabine, and the former Chelsea boss expects Vannes to provide his side with a tough test.

"For us it would be important to go through," he added.

"It will be good for us before the restart of Ligue 1. We have to have a good game, with intensity. We have to play a great game.

"I am not going to field a new line-up. It's important that the players get the rhythm of the competition again."