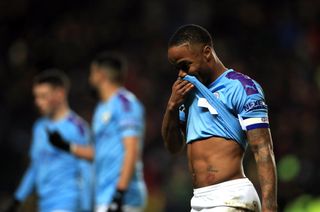 If shots lead to goals then these out-of-form footballers must surely be due a handful soon enough.

For the purposes of working out who actually has goals in their boots, the following list considers only players who have scored a minimum of five goals this season.

So whose luck must surely be about to come in?

With seven goals by the end of gameweek 17, Brighton’s Neal Maupay became a differential favourite of the Fantasy Premier League masses earlier in the season, but a seven-game goalless spell has changed all that.

Maupay has had 21 shots since his last PL goal in December, but it’s not like they’ve been pot shots from 30 yards.

The Seagull racked up impressive Threat scores of 65 and 176 in his two most recent league games – if he continues to enjoy chances of that calibre for the foreseeable future, you can expect him to end his drought soon.

Mount has seen his price drop from £6.9m to £6.1m after a 10-game barren spell which has seen him take 19 fruitless shots.

His colleague Pulisic scored five goals between gameweeks 10 to 12, but has failed to notch since November despite 21 shots.

Both players have demonstrated their goal-scoring capabilities, and with their prices dropping, could be considered bargain differentials if they start putting their chances away once again.

Manchester City’s title defence has been a weak one this season and, while that is in large part due to Liverpool’s dominance, scoring droughts from two of the club’s best players haven’t helped.

Raheem Sterling started the season in scintillating fashion, registering a hat-trick in GW1, but has now gone six gameweeks without a goal, his longest league drought of the season.

It’s not for want of trying, however – the England forward has had 12 shots since his last league goal, seeing his price drop from £12.3m to £11.7m in the process.

He hasn’t registered an assist in that time either, but with 53 goals and 48 FPL assists since the start of the 2016/17 season, he has the pedigree to suggest he’ll be back soon enough.

Sterling isn’t the only one on a bad run at City – Kevin De Bruyne has failed to score despite 12 shots since his last goal too.

The difference is that the mercurial Belgian has seven FPL assists in his last nine games, so FPL managers won’t be as fussed by his missing goals, which will probably return soon enough.

It is for this reason that De Bruyne’s value and ownership have actually risen since his last successful shot.

Arsenal’s Alexandre Lacazette is one of those players, having endured a nightmare of a season with just five league goals to his name.

It has been 10 gameweeks since the Frenchman last scored in the Premier League, a period which has seen him take 12 unsuccessful shots at goal.

Lacazette averages a goal every 255 minutes this season in England’s top tier, and in recent games against Sheffield United and Chelsea, registered Threat scores of just three and eight.