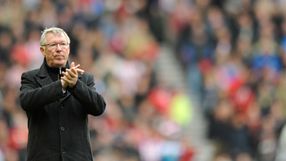 Rooney is fit again after missing five matches with a gashed thigh and the England striker galvanised United in the second half against Tottenham Hotspur on Saturday, although they still lost 3-2.

"Probably the strongest part of the club will be in the striker department," manager Sir Alex Ferguson told reporters before leaving for Romania.

Cluj impressed during a 2-0 win at Portuguese side Braga in their opening Group H match and the club's Portuguese captain Cadu believes they can produce another surprise against United and end a sequence of Champions League failures.

The Railwaymen have started all three of their Champions League campaigns with a victory but each time followed up by failing to win any more matches in their group and being eliminated.

"United are one of the best teams in the world, the strongest side ever to visit Cluj but we can produce a surprise as we did in Braga [last month] and in Rome [against AS Roma in 2008]," Cadu told local media on Monday.

"We will attack because we want to win. We have nothing to lose, we already have three points, the table looks very good at the moment and we hope to keep it in that way.

"It'll be totally different match than the one in Braga," added Cadu who would like to exchange shirts with his compatriot Nani after the game.

"English teams use more direct style of play with a lot of tackles but it'll be a unique experience for us. You don't have a chance to play against United every day."

The 30-year-old, who joined the Romanians from Boavista in 2006, was instrumental in helping Cluj win three league titles, three national cups and two Supercups.

United's experienced midfield trio Paul Scholes, Ryan Giggs and Michael Carrick - whose goal helped beat Galatasaray 1-0 in their opening group match - were left out of the squad for the trip to the Balkan country.

Rio Ferdinand and Jonny Evans, who has recovered from a knock he took at the end of Saturday's defeat, are expected to play in the centre of defence.

United also faced Romanian opposition last season, beating Otelul Galati 2-0 home and away, although both were eliminated at the end of the group stage.