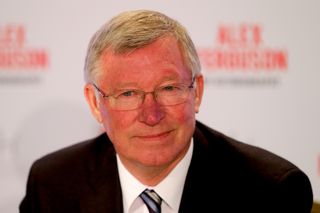 The former United manager used his new book, Alex Ferguson: My Autobiography, to talk in detail about his relationships with players, opponents and transfer dealings during his tenure at Old Trafford.

Here we take a look at some of the highlights from the book...

Ferguson brought David Beckham through the youth academy at Old Trafford and gave him his Premier League debut in 1995, however he admitted he had to go in 2003:

"David was the only player I managed who chose to be famous.

"David thought he was bigger than Alex Ferguson. You cannot have a player taking over the dressing room. Many tried. David was looking for the sympathy vote from the fans. But there is no doubt there had been a direct attack on me."

In February 2003, Ferguson and Beckham were involved in an incident in the dressing room following a FA Cup defeat to Arsenal that saw him kick a boot at the England star. Ferguson explained that following that day he realised it was time for Beckham to leave United:

"He was around 12 feet from me. Between us on the floor lay a row of boots. David swore. I moved towards him, and as I approached I kicked a boot. It hit him right above the eye.

"The next day the story was in the press. In public, an Alice band highlighted the damage inflicted by the boot. It was in those days that I told the board David had to go."

Roy Keane was Ferguson's captain for four years at United, but he admitted the former Ireland international may have had a negative impact on the dressing room:

"The hardest part of Roy's body is his tongue. He can debilitate the most confident person in the world in seconds with that tongue. I think the dressing room relaxed when Roy left. Relief swept the room. They no longer had to listen to the barrage that some of them had grown to expect."

Ferguson and Liverpool manager Rafael Benitez had a fiery relationship during the Spaniard's time at Anfield. Benitez verbally attacked Ferguson in the 2008-09 season with an infamous rant on 'facts' about the club, and Ferguson felt that was a mistake:

"The mistake he made was to turn our rivalry personal. Once you made it personal, you had no chance, because I could wait.

"I found Liverpool hard to watch when he was manager there. I found them dull. It was a surprise to me that Chelsea called him (to be their interim manager last year)."

In 2003, Rio Ferdinand missed a drugs test at the United training ground and the defender was given an 18-month ban from January 2004, however Ferguson defended the former England international and insists he is not a drug taker:

Ferguson secured the signing of Robin van Persie from Arsenal in August 2012 and the Scot revealed he had to work hard with Arsene Wenger to convince the Frenchman to part with his top signing:

"The sticking point was that Arsene (Wenger) hoped to receive £30 million or more for his best player. It continued to drag on for several weeks, during which time I phoned Arsene two or three more times.

"I told him again: I wouldn't go to £25m. Arsene asked what my best offer would be. Answer: £22m. The reply was that Arsenal would take £22.5m and a further £1.5million if we won the Champions League or Premier League during the period of his contract. Deal done."